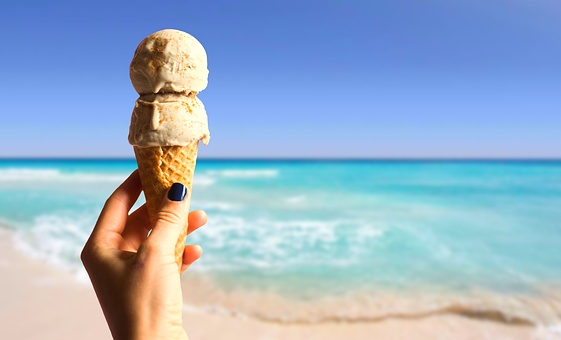 To this day, the history of ice cream remains a mystery. However, many say that the first ice cream is credited to Emperor Nero of Rome. It was a mixture of snow, nectar, fruit pulp, and honey. Others proclaim that Marco Polo, a 13th century adventurer, brought ice cream to Europe from the Far East. However, irrespective of where it came from, today’s average American consumes 23.2 quarts of ice cream per year, with the first ice cream parlor in America starting in 1776 in New York City.

So, which countries like ice cream the most? The United States of America, New Zealand, Denmark, and Australia top the list. The preferred flavor is the traditional vanilla.

How do these line up with your own list of favorites?

The most popular topping for ice cream — chocolate syrup. Who’d of thought; )

Approximately 13% of men and 8 percent of women will admit to licking the bowl clean after eating ice cream.

The average single-scoop ice cream cone requires 50 licks to finish. Try it out using the next recipe.

Mix the strawberry ice cream with the whipped cream at serving time. Serve in a glass of your choice and top with whipped cream, with a cherry on top. (Feel free to top your parfait with other fruits as well.)

This recipe will fill eight glasses.

For other parfait flavors, just use a different flavored ice cream.